What do Opera singers and Structures have in common?

By Jinal Doshi September 12, 2018
Have you ever heard or watched an opera singer perform on stage? The way they break a wine glass just with the help of sound waves is amazing. Wait, I just said waves, and you know what kind of properties waves have. One is the frequency of wave and the other is amplitude. Now frequency of the waves will tell me how many waves will pass through a point in one second. If you want to visualize it, then take a tub of water and throw a small stone in it with one of your finger far away in the tub from where you threw the stone. Now, count the number of waves that pass next to your finger in a second. This number of waves passing through the finger per second is known as frequency of waves. 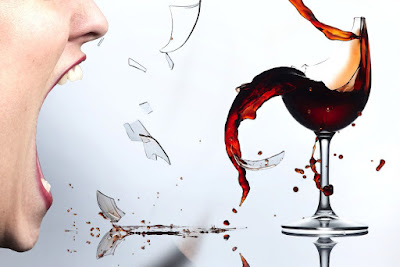 Wine shown for illustrative purposes only. In reality there is no wine and empty glass only as wine will dampen the vibration of glass.

Before we proceed I would recommend you to watch this video explaining resonance, damping and dynamic amplification.

Now let us go back to sound waves and opera singers. So why does the wine glass break? Every single thing in this world resonates with some kind of frequency. When opera singer starts performing then they try to resonate the frequency of their sound and the amplitude of it to match the frequency of the glass. Along with resonating with the glass, they also maintain the duration of the frequency for a long time. So why is that? Empty wine glass have inherently low damping so for the sake of simplifying let us consider zero damping energy dissipation in wine glass. Thus the equation of motion for such a system becomes:

But because damping is equal to zero the equation of motion becomes:

The basic solution for this equation comes out to be:

Now when I plot the above equation into a graphical format, I will get a sinusoidal response which will be increasing in amplitude from zero to infinity with the rate of increase which is defined by the value (A/2)ꞷₙt. Refer to image 1 for reference of the graph: 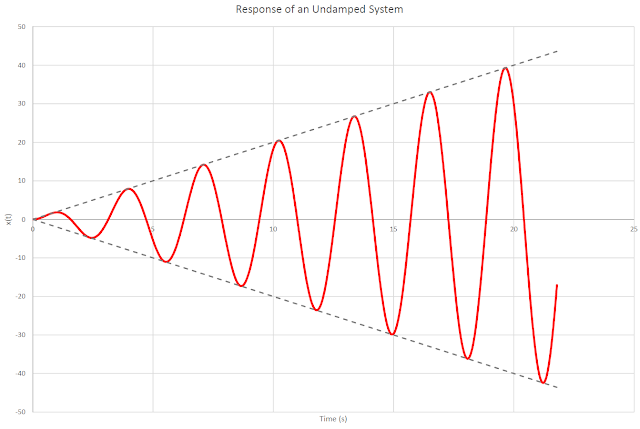 Image 1: Response of an undamped system
Now, as we can see in the image above, the displacement of the structure increases as the duration of resonance between the applied dynamic load and the structural system increases. This increase in amplitude is linear which is described by a straight line (A/2)ꞷₙt. Something very interesting is present in the graph above, no matter how strong a system is, if it does not have any damping, then you can shake it till you break it. What this means is, no matter how small the amplitude of the sound waves generated by opera singer is, if the singer can sustain that resonating sound for a long enough time, the glass will break. The only thing is, air has too many losses and to compensate to the losses in the travel of sound waves, opera singers have to sing very loud and also maintain the frequency of the sound for a very long time. These waves will resonate with the glass and cause vibrations in the glass which will slowly increase with time. Now vibration of glass can also be justified as strain in the glass. Strain is in turn proportional to stress. As the strain increases with time, stress in the glass increases and ultimately it breaks. Pretty simple isn't it? It is quite amazing to know as in how this happens and why this happens.

What does a resonating dynamic force does? It pumps energy constantly into the system, the rate of which is determined by the frequency of the force applied. The system fails when it is not able to release the energy at either the same or faster rate that it is entering into the system. I have explained this concept in couple other blogs.

Structures are also a victim of this phenomena. But fortunately buildings have an inherent form of energy dissipation called damping. This damping comes from various sources which I will explain in another blog post. But it helps in dissipating energy from the building through heat or cracking. Do watch the video attached above if you want to understand more about damping. But what it essentially does is described in the image 2. Damping does not let the structure oscillate more and more violently because it acts as an energy dissipating source. 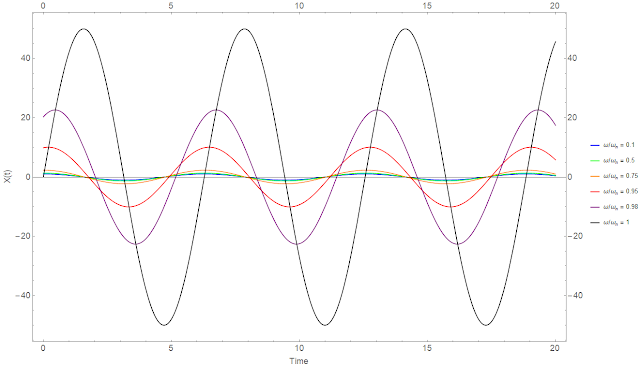 Image 2: Response of a damped system at different levels of input frequency and critical damping = 0.01

Image 2 shows the response of a single degree of freedom system with ratio of frequency of external force to the natural frequency of the system. Note that the damping factor used is 0.01 to plot the response graphs. Interesting thing to note is that is that when the input frequency is about 0.75 times the natural frequency of the system, the response of the system is not significant at all. But look at the values of dynamic amplification factors at ratios of 0.95, 0.98 and 1.0. Suddenly the dynamic amplification factors increase to 10, 25 and 50. This tells us how significant resonance it and how it can easily break any structure. Along with this it is also important to study damping. In image 3 what I have done is, for a resonating input force, I have generated plots of graphs showing dynamic amplification factors at different damping levels. 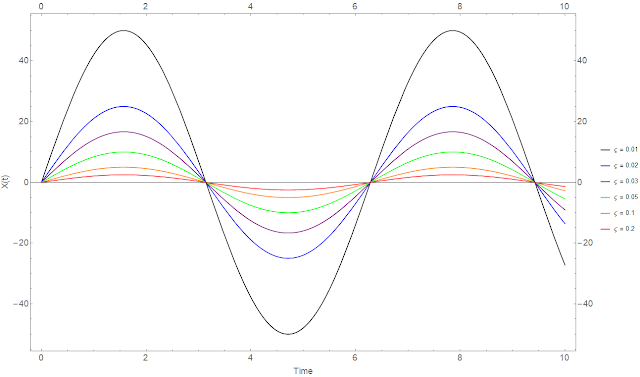 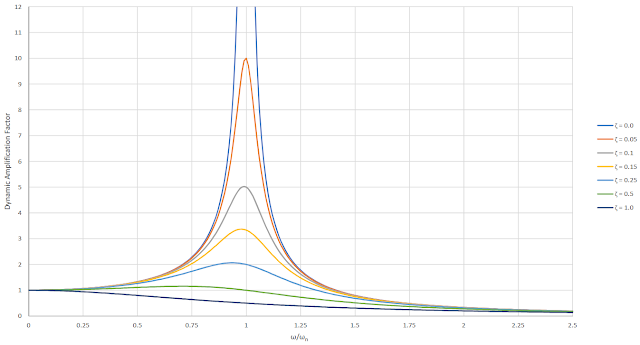 Image 3: Response of a damped system at different levels of damping but external frequency resonating with natural frequency

What image 3 tells me is that just by increasing the damping from 0.01 to 0.02, the dynamic amplification in factor has reduced to half. Such a significant energy dissipation is quite common to see and this is why concrete structures see less ductility demands as compared to steel structures. Concrete structures also see less issues with wind oscillations because they are heavy and have more damping while steel structures are light with very little damping. Damping is the direct source of energy dissipation and it also reduces displacements of the structure, forces experienced by the buildings as well as accelerations in the buildings. So many times structural engineers use tuned mass dampers at the top of the buildings to reduce wind response of the building or provide viscous dampers as braces to reduce seismic demands on buildings. A good example of tuned mass damper will be the one in Taipei 101. The weight of the damper itself is 0.25% of the weight of the building. 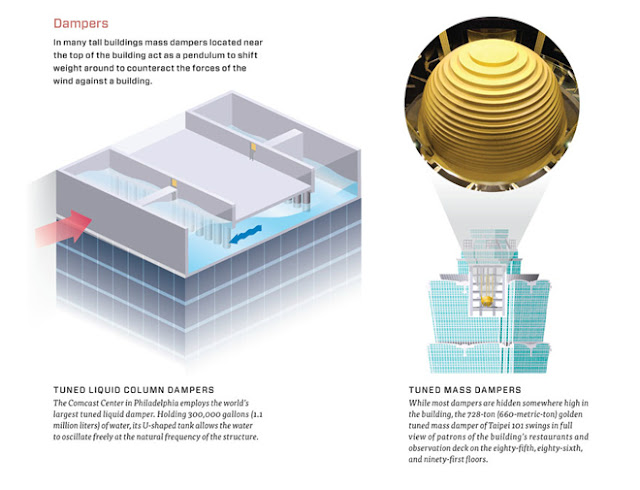 Image courtesy: Wired
Now why is it called tuned mass damper? Because the mass and natural frequency of damper is tuned to the natural frequency of the building. This way dampers actually oppose the motion of the building and reduce displacement demands in the structure. These kind of dampers are generally locked in a seismic event because the displacement demands in seismic action is very high and dampers are not designed to accommodate the high displacement demands. Also tall buildings do not respond just at the primary mode during seismic event. Earthquake excitations are very high frequency excitations and so buildings respond significantly at these high frequencies. Now neither the damper is tuned to these high frequencies which means it will not be effective for such actions nor can it displace as much during a seismic event. So, a tuned mass damper is locked in place during a seismic event so it does not damage the structure. For seismic action, we generally use viscous dampers in terms of braces or in coupling beams which will dissipate energy through heat and motion of fluids. These actions are very effective in high displacement demands which generally occurs during an earthquake but not during wind. Thus, the choice of dampers depend a lot on what kind of action is driving the requirement of the damper.

So now we know the similarity between structures and opera singers.

I hope you enjoyed this blog. Happy learning.