Ductility and elasticity,the two most important terms that are discussed frequently in structural engineering. Elasticity defines about how much the material is elastic, that is to which extent the deformations are proportional to the forces applied on the material. While ductility defines the capability of the material to get itself stretched beyond the elastic zone. Let me explain this by taking a real life example. Take a two different material, a rubber band and a very thin steel or copper wire.

Pull the rubber with your hands by applying the force in exactly opposite direction, and force means a tiny amount of pull. You will notice that the mount of deformations caused by the small pull is very large, but when you leave the rubber band it will come back to it's original position. This means that the rubber band is elastic in nature. Oh, now you got something in your bucket. But wait, here comes the question. Till what magnitude of force can rubber band behave in such a manner? The answer lies in your hands, you go on pulling the rubber till the rubber band gets hard enough to pull anymore, these deformations should be proportional to the magnitude of force that you applied. If you will go on pulling the rubber band then a stage will come that you need to apply very large force for any further deformations, and at certain point it suddenly breaks without any more deformations. This region beyond the elastic region is called as ductility of the material. Wait what?? Yes, it's the ductility. So now you should notice important aspect over here, the elasticity of the rubber band is good but the ductility is bad, so it is not necessary that the material which is elastic is always ductile.

"Oh gosh you broke the rubber band. Don't feel bad, we have one more material to test."

Take the thin steel or copper wire in your hands. Pull the wire hard using your hand or tie it from one end to a hook and pull it using your body. You need a lot of force to break this material. (In the initial stage you will argue that it takes a lot of force to stretch so how can it be elastic. Well the definition of elastic does not state that you require smaller force to strain the material, it states the behavior of material that when you deform it then it always has the tendency to come back to it's original shape.) You will observe that this material also behaves in an elastic manner, pull it, it will get deformed but when you free it, it will gain back it's original length. In case of this wire too there is a limit of applying the force, at a certain magnitude of pull you will start feeling that the material no longer requires any additional strength to deform. The amount of deformations goes on increasing at a constant level of force and it stretches like a plastic. It goes on and on and on. And at a certain stage it will break. Ah, you noticed the difference between the failure of a rubber band and the steel wire? Yes, after certain magnitude of load the wire has the tendency to stretch itself for a large amount of deformation as compared to a rubber band. This implies that the wire is both elastic as well as ductile. 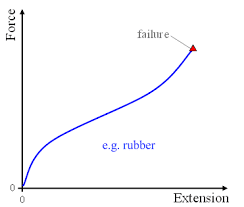 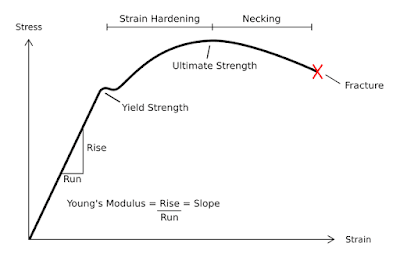 Notice the difference between two curves. Figure(a) shows the very little deformations in the rubber in the plastic zone. It describes that fact that in the end you require high force to break it but it breaks suddenly. While in case of figure(b) you will find that the material stretches itself up to a greater extent. The hump in the steel curve shows the ductile zone of the material. Video below shows the brittle nature of concrete and ductility of steel.

"That is why you have dents on the car's body but you can never find a dent in a glass or a concrete column."

Hope you will find this helpful in clearing the concepts of elasticity, ductility and brittleness of different materials. Next time we will concentrate on the properties of steel.

Fun Fact: Steel can be stretched up to 1.2 times it's original length. 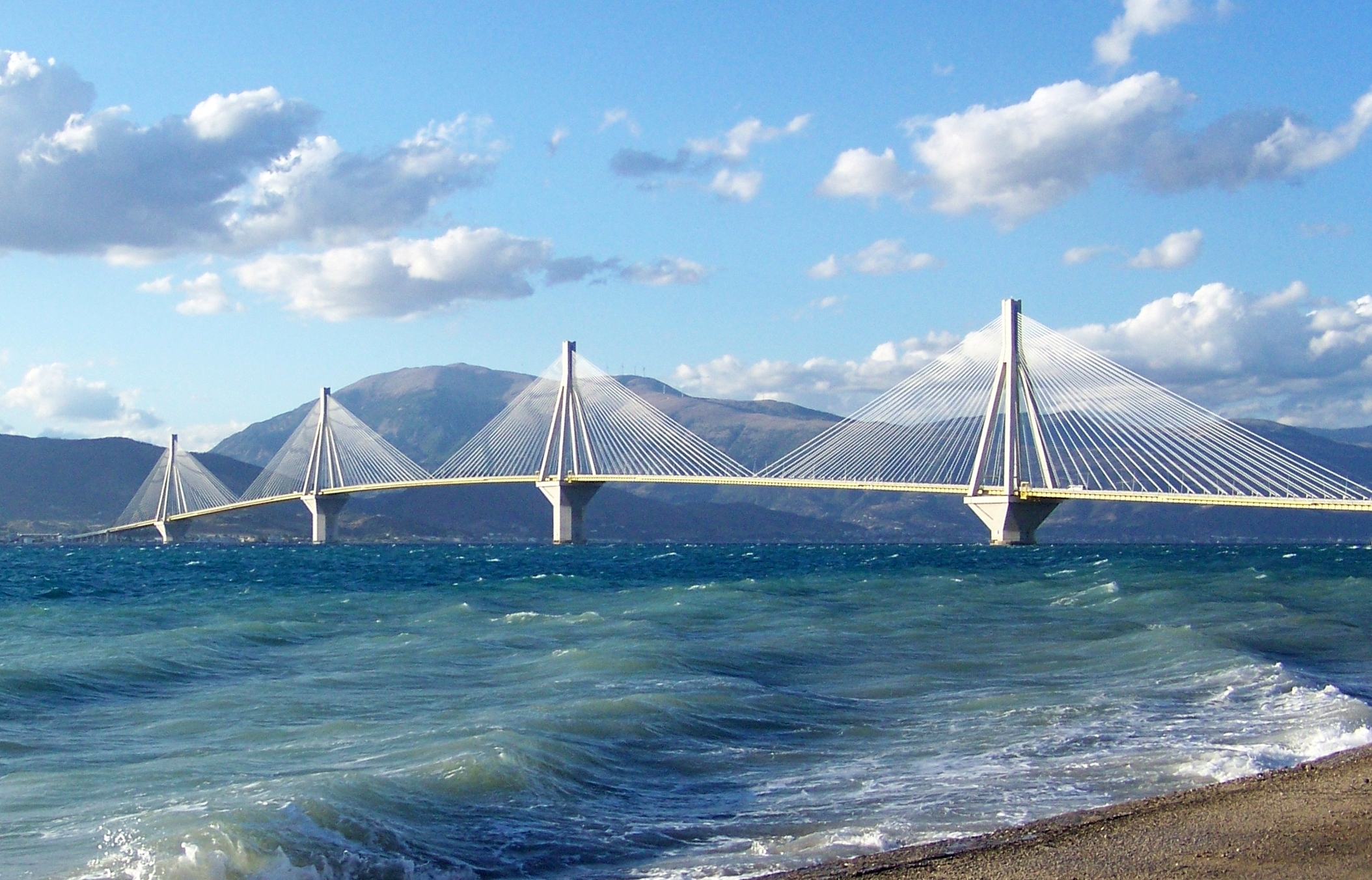 Picture (a): Photograph of Rio-Antirrio bridge located in Greece. The foundations of the bridge are bigger than a football field. (We structural engineers always deal with great things.) The bridge has the longest span of 560 m and is one of the modern marvels of structural engineering. The height of the bridge from the soil bed is fucking 164 m. Image credits: Unknown

Good Bye, Have a nice day.